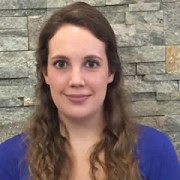 Alex is interested in treating musculoskeletal conditions by creating individualized evidence-based treatment plans that use a combination of manual therapy, exercise prescription and education to help her clients meet their goals.

Alex is keen to continue learning and has completed/will complete various post-graduate courses including:

In her spare time, Alex prefers to be outdoors, canoeing, hiking, camping and spending time with family and friends. 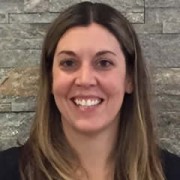 Bridget was raised in Ottawa, Ontario she attended the University of Ottawa and obtained her four years honours degree in kinesiology, while also playing university hockey.

Upon graduation she completed the Masters of Physiotherapy program at Western University and was also a member of the university hockey team.  With a genuine love for orthopedics she pursued and completed the Sports Physiotherapy Fellowship at the Fowler Kennedy Sports Medicine Clinic. During this fellowship she was involved with the latest research, viewed surgeries, followed athletes from acute on field injuries to the rehabilitation setting, and worked within a close medical team at the clinic.

She has been in Whistler British Columbia for the past 10 years treating a variety of injuries and working closely with National, Provincial and pro- level freestyle skiers and snowboarders including travelling to Spain with the Canadian National Snowboard Team for the 2013 World Cup in Sierra Nevada. She has continued to pursue post-graduate training in spinal mobilization and manipulation and has completed her certifications in Anatomical Acupuncture (CAFCI), Dry needling (IMS) as well as recent courses in concussion & vestibular rehabilitation.

Her personal experience with sports (snowboarding, skiing, ice hockey, soccer, cross-x biking, fastball, running, wakeboarding) has also allowed for an insightful understanding of injury and its effect on the individual both physically and mentally. She understands the importance of getting back out there and doing what you love to do! 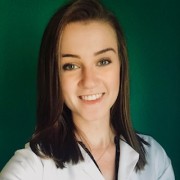 Shea earned her Diploma in Osteopathic Manual Practice at the National Academy of Osteopathy after completing an Honours Bachelor of Kinesiology at Brock University in 2017. As a senior Brock student, she completed a clinical internship in the athletic therapy clinic on campus, working with several varsity athletes. During her time at the National Academy of Osteopathy, she also worked in the on-campus clinic, offering osteopathic treatments to the public, with clients ranging from fit university students, to office workers suffering from common workplace injuries, to elderly looking to improve their mobility and reduce chronic pain.
In the coming months, Shea plans to continue her training in Myofascial Release and Obstetric/Pediatric Manual Therapy, with hopes of offering specialized treatment for women with respect to fertility, during pregnancy and postnatal, as well as infants and young children.
As an osteopathic manual practitioner, or manual osteopath, her basis of practice is to help clients reach their optimal health through various gentle techniques guided to help the body return to its ideal structural alignment and physiological function. Osteopathy focuses not just on the musculoskeletal system, but all systems of the body, with the belief that all systems are interconnected and rely on each other to maintain an overall healthy state.
Shea implements a holistic approach to healing by using manual palpation and osteopathic manipulative therapies such as musculoskeletal joint mobilization, muscle energy techniques, visceral manipulation, and craniosacral therapy. 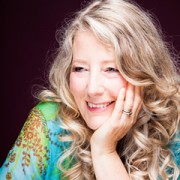 Faith joined Back on Track early in 2020. She graduated from the B.C. based Canadian nutrition school, Nutraphoria, in 2018 and is a Registered Holistic Nutrition Practitioner
with the Canadian Association of Integrative Nutrition. In addition, she has a certification in Functional Nutrition, with invaluable advanced clinical nutrition training in
detoxification, mental health and neurology, gastrointestinal health, endocrinology, therapeutic nutrition, bloodwork, and functional lab testing. Faith was also a special diet
caterer for many years and loves sharing her delicious recipes with clients.

What is Holistic Nutrition? 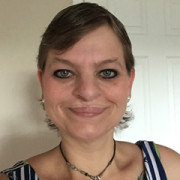 Kathryn is a Registered Massage Therapist (RMT), and is licensed by the College of Massage Therapy of Ontario.  In 2019 she graduated from the three year Massage Therapy program at Algonquin College in Ottawa. Kathryn was awarded the Massage Therapy Award of Excellence in her graduating year for demonstrating Professionalism, communication and clinical reasoning by incorporating an evidence based informed approach to treatment and patient care.

Kathryn strives to ensure each patient receives consistent care with treatments that focus on meeting their needs. She uses a variety of techniques from Swedish massage, deep tissue massage to myofascial release and trigger point therapy. Her massage therapy treatments are enhanced with education on self-care such as postural awareness, stretching, hydrotherapy and remedial exercises to ensure patients meet their health goals.

Kathryn looks forward to meeting new people and helping them in their journey to health and well-being.

Joel has been a practicing RMT since 2009 after graduating from Algonquin College in Ottawa. His learning has continued through out his career to expand his knowledge base allowing him confidence in treating a multitude of conditions. Whether seeking assistance with:

Joel will work hard to find the treatment that will help each individual client reach their goals. 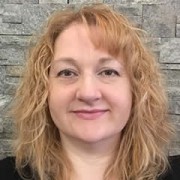 Tracey has been working administration in the health and wellness industry since 2000.  After graduating from the Child & Youth Worker program, Centennial College Toronto in 1992, she worked as a front line worker in Lanark County for a few years before deciding to obtain her Office Administration Diploma.  After completing placements at the Children’s Aid Society and North Lanark Community Health Centre, she was offered a part time position at the Health Centre, and through a referral from the Health Centre, also obtained a part time position with Dr Joannou and Tay River Reflection Medical Spa.  In a short time, Tracey was offered a full time position with Dr Joannou, and was part of the Tay River Reflections team for 16 years.

Tracey joined the Back on Track team in September of 2016 when the new clinic opened for business. She enjoys making everyone feel welcome and understood, as well as getting to know the patients that come into the clinic.

Tracey has a son that attends PDCI, and a daughter that attends the Stewart School, and both are involved in extra curricular activities in and around Perth.  Feel free to contact Tracey with any questions you may have.